Free Speech and Other Nonsense 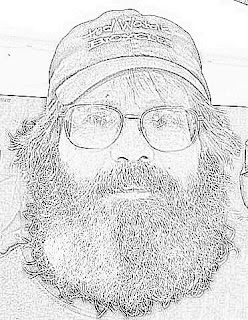 I have mentioned my run as a moderator for a local Facebook page, "What's Up in Acton".  It is a closed group page that only insists new members have some kind of connection to Acton, however vague. It is a private page with no official connection to the town government or those who run things here.

The page is popular I think because Jim (the main man) has rules about keeping it a page free of animosity, political garbage, and senseless whining.  To that end, Jim brought on board as moderators folks he thought would help him run it as he had envisioned.  I think he picked me to keep me from breaking the rules.  I have heard the best cops are the ones with law breaking in their past.

When I began this thankless task I think we had under 1900 members. As of today, 4/6/2021, there are 4,872 members.  Thankfully, most of them follow the rules and post their recipes, their proud images of sons, daughters, and the new brood of baby goats videos.  It's really not a tough job moderating the page, until it isn't.

Every so often someone will get a hair across their butt about politics or other controversial subjects and the posts end up getting out of hand.  A moderator will show up and quash the animosity ASAP.

What follows is often butt hurt responses about Free Speech no longer existing in this country. I won't get into from which side of the aisle these claims come from, but they are a predictable result of shutting comments down.   Moderators are called losers, Big Brother, and once I was called a POS in a private message from some guy who was kicked out of the group. The POS comment was a badge of honor I am proud of.  Made me wish I had actually been the moderator who had shown him the door. The guy was a constant thorn who was sure the World revolved around him and his petty stupid whining.

What instigated this blog post and the title regarding free speech was last night a post was able to gain legs and really take off.  Apparently all four moderators had better things to do than monitor the Acton page at the time.

It was another rant about a resident who lives on our conduit to the world, Route 109.  This citizen finds it neceesary to fly an American Flag upside down in their dooryard.  It has been up for quite awhile now.  And at least two posts about it have been a center of hate and discontent.  What I find interesting about the post is it points out the folks who really have not taken the time to understand the rules of flag flying as opposed to the laws of flag flying.  There are no rules, only US codes with no penalties attached. The back and forths also establish just how many folks hypocritically pick what flag code is sacred and which flag code isn't.

I found the post at 2:00 AM and after 3 minutes of reading the stupidity, I deleted it.

So now I am guilty of stepping on someone's Free Speech rights when in the post they posted they were all for stepping all over the Free Speech rights of the flag flier.  I did explain that on a private FB page, the owner or their designees establish what is considered acceptable.

I only post this piece today in my blog because I can't post it on the Acton Page.  It would be against the rules.  But here on the BoZone, I make the rules and if I want to whine, then by jeezus I will whine.

We've noticed a few right-wing asshats in our area flying flags upside down recently. That's a distress signal. I'd like to think they're yelling for help because they've realized too late that the Human Yam conned them, but it's more likely they're feeling threatened for reasons that make sense to no one out here in the sane world.

Nan- "The Human Yam"? Damn that's funny. what I find amusing about the upside down flag iswhackos on the edge of both sides use it regularly. A truly bi-partisan way to shout for help nobody else understands.

The photo converted to a drawing is nice, Mike. Is it relatively current (in terms of beard/mustache) or is it an older photo? Mine is of a similar ilk at the moment as I have let it grow out more fully. I did finally get a haircut though because my head hair grows somewhat like Bozo the Clown and that is not good. I am liking the longer beard and stache for myself.

Being a moderator is a thankless job. I have stopped all moderating I did (I did moderate a biology group and a pipe group and a television show group for a while.) It was never enjoyable dealing with all the rancor.

people can be dicks.