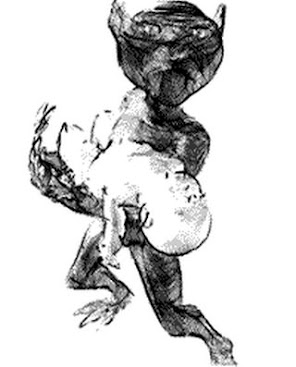 Everyone looked up when Gramps limped in dragging a large bundle wrapped in black plastic. He dragged it over near the stove, dropped the rope and turned towards the expectant faces focused on him.
“Everyone; this year we feast. ……. Ma, I was able to get through the fence. Got a fat kill this year.”

GranMa got right to work. Signaling her youngest to help her, the two of them lifted the bundle and placed it on the picnic table that now served this clan as their table for every purpose.

“Well Jeb, wouldn’t take much to do better ‘n last year. That pitiful kill didn’t amount to shit once the bones had been picked out. …. Barely a decent bite for each of us.

She pulled a huge knife from the space between table planks and began cutting away the plastic.

Gramps scowled at GranMa and stumbled towards his chair. Settling in with a series of grunts and groans, he reached for his pipe.

“Woman, you know last year weren’t my fault, I was laid up. You sent little Jackie out. He did fine considerin you wouldn’t even give him a knife.”

“Fool kid woulda lost it and we only have three left. He did alright I guess. But that squirrel was kinda scrawny.”

Jackie looked up at Grandma with vacant eyes.

“Yeah Grandma, I kilt that squirrel with a rock…knocked him right out of that tree.”

GranMa did not hear Jackie. She was intent on unwrapping the fat kill Gramps was bragging about. She had cut through the line and wrap. She gasped as she peeled back the plastic. Stepping back quickly she brought her hand to her mouth.

“What’s the matter GranMa? What did Gramps bring us for Thanksgiving?”
GranMa shifted her eyes toward Gramps.

“You say you got through the fence? What fence? Not the one around the Big House?”

Gramps had by this time found his tobacco, stuffed it in his pipe and was creating quite a cloud around himself.

Yep. That would be the fence I got through alright. He pointed his pipe at the creature spread out on the picnic table.

He walked into me. How could I resist? Look at him with those fat legs. You cook him up right and we eat fine for the next coupla weeks, okay?

GranMa looked back at the critter she was supposed to cook and then back at Gramps.

“You know we could be in for it if they come lookin.”

GranMa looked at Gramps hard, squinted and pointed a crooked finger at him.
“How do you know old man? ,,,,,,, No one’s ever killed one of their kids.”
______________________________
Happy Turkey Day Everyone! Not sure where this story came from ...... oh yeah. Recently on a TV series called "White Chapel", one of the sleazy characters had cooked a proboscis monkey. Obviously the image and scene stuck with me. Couldn't resist.
Music today is a nice little ditty by Psychostick/Slipknot - " Give Thanks or Die ". Not your usual music of Thanksgiving. But it is somehow appropriate given the story above. 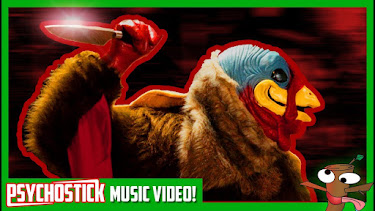 Good story! Any mention of a pipe further makes it enjoyable too!!!!🙂

Strange I called my paternal gramps.
Coffee is on and stay safe

Didn't Johnathon Swift come up with the idea of eating people? "Presented in the guise of an economic treatise, the essay proposes that the country ameliorate poverty in Ireland by butchering the children of the Irish poor and selling them as food to wealthy English landlords. Swift's proposal is a savage comment on England's legal and economic exploitation of Ireland."