Issues From My Periphery 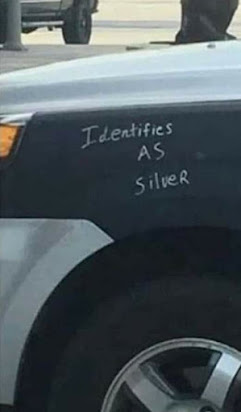 Now that I am sitting in the nose bleed seats, Life has become both bemusing and amusing all at the same time. Life Truths I once considered facts of living are now often suspect or downright wrong in the cultural mindset unfolding here in the twenty-first century. So many of the norms I grew up with, lived my life with, and often fought against are no longer considered relevant.

Some of the norms from my youth were nasty evil things that did not work to separate us, they did separate us, legally and for some, morally. We all existed in the same country but not in a comfy ya'll come back, we'll grill some brats and tip some beers kind of way. I learned that early as I was always a stranger and never one of the up and coming group of good ole boys. My family moved around too much.

The invisible wall between me and whatever bo-dunk town I lived in at the time was often tough on my childhood feelings. Overall though, I think having the outside looking in perspective gave me a leg up in my adult life. As an adult I have been more malleable and less entrenched in old ways. I have been able to embrace changes in the country easier than many of my Boomer peers.

But I have to face facts. The world is spinning faster now. It is getting harder and less important for me to try and keep up. The larger issues, I am still working on. But the ones I have ranked as issues from the periphery are no longer of any interest to me other than for entertainment purposes.

For instance, End Times. If the planet is about to go belly up in some way,i.e., Zombie Apocalypse, World Wide Plague, Nuclear Street Fight, or whatever scourge that might bring us to the gateway of a new Dark Ages, well, I just cannot be bothered worrying about it. I have had a good run and would hope to check out with a smile on my face.

And then there is the clusterfuck of symbols, letters, and pronouns that have become part and parcel of the LBGTQ, etc. movement. I have been a supporter since before gays were called gays. My father made sure I understood they were just people. Sexual preference was a stupid tool to judge the worth of another human. His experience working for a homosexual in college taught him that.

I continue to support anyone to declare whatever they want or need to with regards as how they identify. I just cannot keep up with the newer rules and don't intend to. Identify however or as whoever you want. You can also use whatever pronouns you want. All I care about is your name. I will identify you as that.

Email ThisBlogThis!Share to TwitterShare to FacebookShare to Pinterest
Labels: FB, Issues from my periphery, Politics, Pop Culture, Religion, Sanity, Silent Conquest of Ourselves