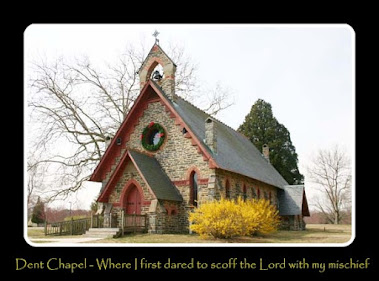 During my coffee deliberations this morning, I again considered organized religion and its overall affect on the human condition.  I often think about religion, specifically the big three religions, Christianity, Islam, and Judaism.  And though their control is slipping, between them they still have the planet by the short hairs.

I long ago stopped believing the notion that followers of religion had a moral leg up on the rest of us.  In fact, after years of being force fed the big lie of “Religion good, Heathen bad” nonsense, I have decided the opposite is true.  All three use subtle and insidious language to justify their exclusion of any not within their fold.  They have used and some still use convoluted logic to justify political actions including war, enslavement, and genocide to force people into or out of their sphere of influence.

I have nothing against spirituality that includes believing in an intelligent presence greater than we are. Considering just how orderly and precise our natural world is, I am of a mind that there is some intelligence invested into what and who we became.  But as soon as any spirituality becomes a group who uses intimidation, exclusion, and secrecy to push its agenda, any morality the tenets may include become moot.

Organized religion is not our friend. At its core, organized religion is not even concerned about the fact or fiction of an all powerful god in charge of us all. It is a bureaucracy clad in fancy vestments and holy rhetoric that is more about controlling us than saving us.  It was created for this reason in the beginning and so it shall be forever and ever.

We have been bamboozled, hoodwinked, and played for fools by the biggest and longest con in history.

The order of nature you speak of is natural selection. There is much we can not yet understand in the cosmos, but the unknown is too often the source of The God of the Gaps.
the Ol'Buzzard

"Considering just how orderly and precise our natural world is, I am of a mind that there is some intelligence invested into what and who we became."
That is my thinking also until something better comes along. I think it is called Deism. There is a far higher intelligence that made the laws that set the universe in order but it does not pay much if any attention to the doings of mere mortals.

Ol'Buzzard - You may be right. God of the Gaps indeed. But that only explains Mankind's role in the story not the truth of the story. To deny the existence of an all powerful force is just as unprovable as believing in that all powerful force. Conjecture is all we have.

The Blog Fodder - I am definitely a Deist as were more than a few of the Founding Fathers. My father called them fence sitters without ever acknowledging his feelings one way or the other.

So glad there slipping and loosing a grip. Although in small population area they have a good hold on people.
Coffee is on and stay safe