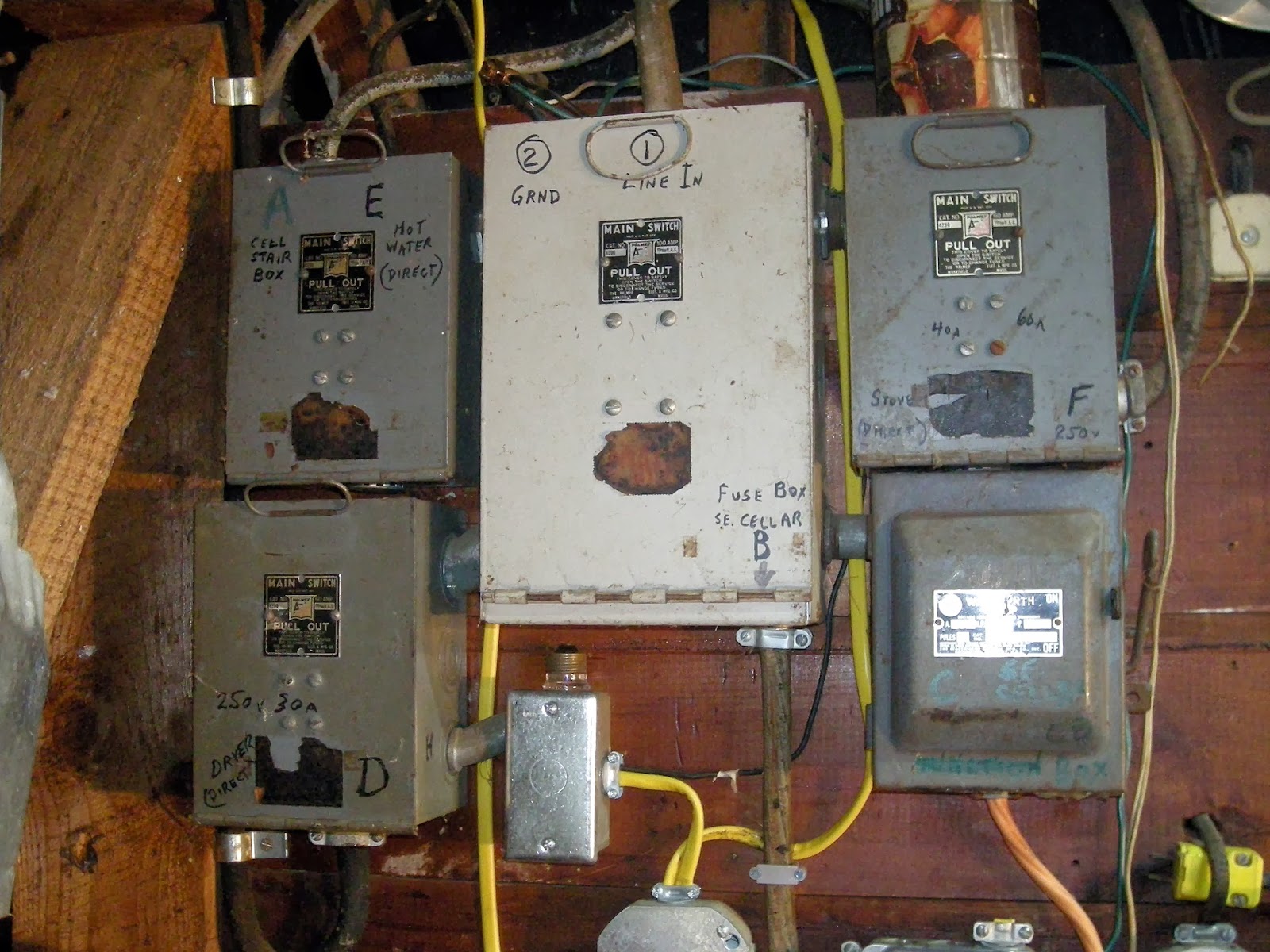 Electricity.  That awesome mysterious force that magically makes my house a home and not some backwoods camp in Maine.  We could and have existed without it on a few occasions.  We can burn wood for heat and there is a dug well next to the kitchen with a hand pump.

But I like my electricity.  It pumps our water, lights up our house, washes our dishes, and keeps the beer cold.  Life without it would be doable, but not as much fun as it is with it.  As important as it is, you would think I would have upgraded the whole system 25 years ago when I had more ambition and was still skinny enough to crawl around in the crawl spaces and attics.  And because I only patched it up when something went wrong, I  now have no choice in the matter.  Make do won't do.  It is time to go after it.

The image at the top is where all the magic begins.  There are three other sub panels that feed off this mish-mash of electrical boxes.  The system as it stands now was probably installed around 1960.  My dad upgraded some, but like me, he only did what he had to to get by.  One of the sub-panels is down to 4 circuit breakers instead of the original 6.  At 15 amps each, it means we have to be careful about what gets turned on at the same time.  One of the other panels is an old screw in fuse panel and well, I am getting fed up trying to keep it in fuses.

We are sucking more electricity than the system can handle.  My wife's office is a perfect example.  Off of two outlets, she is running two printers, a computer with two screens, a paper shredder, several lights, a TV, and a small heater.  There are power cords running every which way.  All this off an antiquated 2 wire system with no ground. 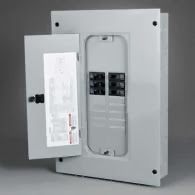 Now that I am fed up and have decided that jury rigging and patch work won't do, I am going to take on the problem at the beginning.  This weekend a friend of mine who knows electricity inside and out (he creates electrical schematics for nuclear subs) - well he is coming by to see what it is going to take to upgrade the madness at the top to an up to date high falutin main panel with fancy breakers.  Once that is done, I can begin the absolute pain in the ass chore of re-wiring my house.

At least you're probably not going to find any old knob and tube still being used. One of my favorite scenes in home renovation shows is when they open up a wall to find out why a three prong outlet isn't grounded and discovering it's connected to wiring that was done over 100 years ago. You can see the electrical contractor's eyes light up as he realizes he's going to be able to buy the bass boat of his dreams after all.

I've seen much worse with lots of electrical spaghetti. It doesn't appear to be an IMMINENT fire hazard, at least.

Nan - Back in 1972 or so, my college roomate and I found ourselves out on the street. They tore down our apt building in Towson, MD to make way for a brand spanking new Gino's (A regional chain of Mickey D type restaurants). We had plenty of time to find new digs, so we took the time to find a beat and thrashed late 1800s factory worker house in Mt Washington (Baltimore area). The house had obviously been empty for years.

The deal we struck with the landlord was free rent for the first 6 months if we fixed it up. He bought materials, we supplied the labor. It was my first real nail banging job of any kind. I was clueless. When trying to find the extremities of a hole in the horse hair plaster wall, I opened up more wall than I should have. Inside was what I later learned was ball and knob wiring. I discovered it was hot by shorting out the current with my spackle knife. Knocked me down hard and taught me to respect the power of the electric magic.

Jono - Between my father and myself, we have kept it working as well as it could. It's just tired and needs to be replaced. Apparently I will outlive something.

Man, you need to rewire. That picture is a nightmare.

My wife and I lived without electricity for four years up in Perkins Township and it was great being off the grid - I loved it; but the wife wouldn't go back by choice.
the Ol'Buzzard

Boy, that is a old system and you need to upgrade to a single 200 amp service panel, maybe a 300 amp.

But don't you think you should wait for summer for such a project?

Helen's home still has a little of the old ball and knob wiring but it just goes to a couple of lights.

I installed new wire and a three prong plug in her kitchen and it is the only one she uses but it is still fed by the old fuse box.