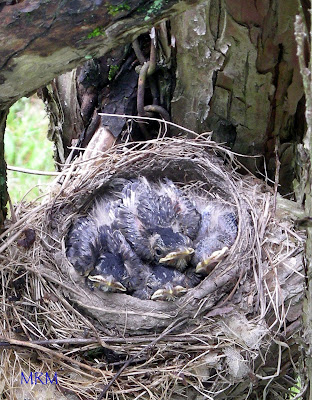 I have been on Facebook maybe a week or so.  In that time I have accumulated some friends and as it turns out, lost some too.  The whole friend thing is odd to me.  Many of my Facebook "friends" are indeed friends from my life story, but many are not.  The concept of calling someone a friend or not a friend based on bandwidth swapped back and forth is a hard concept for me to get my head around.

I consider the folks who have been consistent in their visits to my blog as friends.  That took some time however.  It did not happen with the request button at one end and the accept button at the other. I figure I will accept a friend request from anyone, but reserve the right to not consider them friends, but more as folks I exchange words and ideas with.

I haven't paid attention to my "friend count". I know it is higher than when I gave FB another chance a week or so ago.  I have no idea who has "unfirended" me, with the exception of one fellow from my high school days who took the time to send me a message that he was indeed "unfriending" me and why.

It was not that we are politically opposed to each other, though we are definitely on opposing sides.  It was because I somehow was able to place a comment on one of his other friend's pages that apparently was not held in high regard.  Remember, we don't look at the world through the same rose colored glasses.

First of all, the offending comment was nothing to get panties in a bunch.  I just disagreed with the circle jerk this crew was having while they beat up on Liberals.  I was accused of bypassing some FB filter and intruding on their choir practice.  Please.  I barely know how to navigate from the home page to my page.  The post I responded to was in front of me so I responded.

Regardless, I do appreciate that this fellow gave me his reasons for casting me into his unfriended pile.  But not because I would then be heart broken I had lost a friend on Facebook.  It was just the polite thing to do as he saw it, and I respect that.

Which brings me to my point.

The word "friend" like so many other words is over used, abused, and taken for granted.  I do not care how many  Facebook friends I have.  Matter of fact, true friends are hard to find.  When I find them, I know it.  Everyone else is just someone I have conversations with.  A true friend of mine is someone who allows me to be an asshole, yet still comes over for a beer.

I don't mind you being an asshole if you are buying the beer! ha ha ha sorry! I couldn't resist.

I agree. As to why what is basically a "follow" thing was labeled friend by Facebook, makes no sense to me. Blogger calls them followers...Twitter calls them followers, so what's the deal? I have had a FB page for a couple of years (my oldest daughter talked me into it) and most of the people who I converse with are liberals. I have finally quit arguing with jackasses on FB and simply block them when they become obnoxious, or name calling. It's best for my blood pressure.

facebook sucks the life right out of you..I'm starting to wean myself away.

You ask the right questions. We seem to call anyone a friend these days instead of an acquaintance. How do you define a friend? I sometimes wonder if I have any friends or if everyone is just a degree of acquaintance from 1 to 5? One of my FB friends, whom I do consider a good friend though we have never met, asked her followers to describe in one word why they liked one of their best friends. I was stumped. Do I have a best friend? I think I do, maybe one or two besides my wife.
Please do more thinking on this and write more. I like how you think.

I'm not sure most Facebook "friends" even qualify as acquaintances. If you've never met someone and know them only from an occasional comment or status update online, do you actually know them at all? For all most of us know, a good share of our online "friends" are catfishing Russians.

I have toyed with unfriending (or at least unfollowing; there is a difference) everyone who I do not actually know in the real world. Then I realized most of my real world acquaintances are pretty damn boring so decided to hang on to the virtual ones. At least the people I've gotten to know through the blogosphere are literate and generally have a sense of humor.

This is a strange world to me. I feel like the last Neanderthal must have felt when the Homosapien fucked his wife and put his fire out.
the Ol'Buzzard

Ol'Buzzard linked you to a post of his that I was reading and I decided to take a look see. I too have a problem with calling people online friends. Even those I've conversed with for a decade don't quite make me feel they're friends. I thought it was just me. Glad to know it's not.