Another Day on the Planet 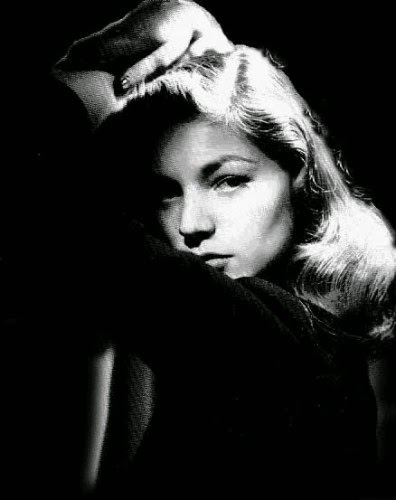 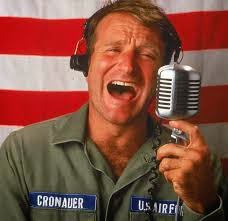 Two of my all time favorite Hollywood folks passed.  I fell in love with Lauren when I was a wee tacker.  It took "Good Morning Viet Nam" to show me the wacky brilliance that existed in Robin's mind............ I will miss them, but not their work.  It is forever captured on film for all of us to enjoy............ R.I.P.  Robin and Lauren.

Which brings me to "the Black Dog" as Winston Churchill called his episodes of Depression.  I suffer from Depression also.  It did not come on until I was fifty or so.  I refuse to ingest the chemical fixes pushed by the Healthcare Industry racket.  And while I have not found a cure, I am now able to identify the early symptoms of an upcoming visit to the pit.  Because of that, I have been able to control it to a degree I can live with.

What I cannot control are the reactions to my depression from the folks I interact with on a daily basis.  There is little sympathy or understanding.  Most if not all go automatic and tell me I need to see a doctor............ Fuck that.  I believe it was medicine I was prescribed in 2001 that turned mild depression into the nasty Hell I fall into now.  They can take their medicine and shove it ............. Americans place too much confidence in the AMA and their masters, the pharmaceutical industry.  I have had much better luck self prescribing.

So let me see if I have this right.  The Tea Bagging Right wants to impeach Obama.  Like them, the reasons are somewhat fuzzy.  Basically I see it as a "he just is not doing the job we hired him to do" kind of thing.  ......... Maybe they ought to direct their anger inward to the leaders they have managed to inject into the process and insist they do the job we hired them to do.  The Tea Party presence has not exactly made our political system better.  Different maybe, but definitely not better.

Going after Obama is just so yesterday, been there done that, old news, not gonna happen. ......... what a bunch of idiots.

And now the weather

What can I say?  The weather patterns in the last 5 years at the least have not followed any patterns I was used to in my past.  Like our political world, the weather seems to be pissed off all the time.  Every event is more extreme than the same event a few years ago.  Whether it be rain, snow, drought, tornadoes, whatever, the weather has picked up its intensity.

At this point it matters little, who or what is responsible.  What needs to happen is the planet needs to face the upcoming reality of global warming and at the least try to mitigate the resulting damages.  But the trend seems to either focus on placing blame, denying blame, or just flat out ignoring what is happening out in our respective door yards.

Well, that about covers what is swirling around in my mind this AM.  You folks have a good day now, ya hear?
Posted by MRMacrum at 8:55 AM

True greats gone. Last movie I saw with Lauren Bacall was The Shootist. Followed Robin Williams since Mork and Mindy days. So sad.
Agree with as few meds as possible for depression. Friend of mine from years back was on so many meds he was almost a zombie. His sister got him dried out over a couple years and he is doing much better just on a low dose of something.
My depression exhibits itself through anger. One little white pill a day. Does nothing for me but other people don't always act like complete assholes all the time when I take them.

Retired - growing old - no job, no future, no goals: it creeps up on me too.
But I am looking forward to winters first snow.
the Ol'Buzzard

The thing that seems to be most important is how to control your own brain.