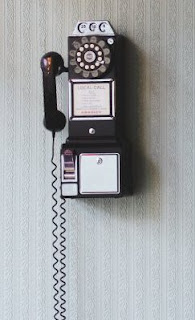 A conversation between my father and I in the early 1970s. Originally posted 10/13/05.  Edited some.
________________
When I was a youngster I watched John Wayne and his Leathernecks storm beaches. assault hills, and bomb Jap carriers. At age 8, I longed to be just like him. The war movies of the 1940s and 50s were epic adventures of men larger than Life itself. They walked tall, killed many enemies and died like all men should. With their boots on, their cause always just, and the good guy always prevailed. Germans, Japanese, and later North Koreans were the evil menace. They preyed upon the weak. They killed, tortured, and pillaged like they were born to it. Never in all those childhood Saturday matinees were our boys anything but heroic in their efforts and humble in their victory.

It was around age 15 when a friend's brother came home in a box from Vietnam that I began to question the nobility of war. I was 17 when an aging John Wayne tried to do for Vietnam what he had done for us in World War ll and Korea, "The Green Berets" was full to the brim with noble causes, chock full of heroic gestures, and full up with dead bodies, mostly those evil Viet Cong. And John dutifully died at the end of the flick like any good hero should. At least that is how I remember it.

When once I used to feel the patriotic juices welling up at the sight of the Duke blasting his way into a bunker to save his battalion from sure annihilation, I just sat there and and felt sad. It had only been a few days earlier a good friend had come home in fewer pieces than when he left. His unwillingness to speak of the evil he had witnessed and the evil he may have done spoke more to me than if he had given me the blow by blow. The year in Vietnam had made him old before his time. Maimed and bitter he turned up the drugs he had fallen into in the Army and ended up dying of an overdose 2 years later.

By age 19, I was against the war, but willing to go if called. Something inside me still clung to the images of God and Country the Duke had embedded in my brain so many years earlier. The war may be wrong but it was still a noble undertaking. Naive and sure of my own immortality I had decided to enlist if my lottery number was low enough. It was a sure thing my grades would not keep me out.
I sat in my dorm getting drunk the night they drew the birthdates. About 10 o'clock, the phone in the hall rang. Someone hollered for me. It was my father. My Brigadier General, retired ole man. He was shit-faced too.
We began that converstaion in mutual inebriation and hung up sober as judges. What he said to me that night rocked my world. What I told him rocked his.
He began by saying he had decided that Vietnam was of no purpose and made no sense. An exercise in stupidity that would have no effect other than people would die. He ended with an offer of a one way ticket to Montreal, Canada.
I was speechless. Was this same man I grew up wondering if he had any other clothes than the uniform he wore everyday? Was this the man who spent 31 years protecting our shores from the menace across the seas? The same man I never felt a connection with?
An awkward silence I remember next. Moments dragged on while we both contemplated what he had said and what it must have taken to say it. Regaining some composure, I managed a barely intelligible "Uh, okay." More awkward moments while we both chewed on this awesome recognition of a man questioning basically his whole life.
I snapped out of my astonishment and struck back with my own news. " I appreciate the offer Dad, but I decided I would join up if my number was low enough." I quickly added my reasons. To not be willing to do my duty would be disrespectful to all of those before me who had sacrificed. But most of all I did not want to shame him. His life had been dedicated to the defense of our country and I would not dishonor that memory by running away.
Some serious silence now. Loud silence. I could hear the blood pulsing in my ears. And then he spoke. "Uh, okay. But promise me you go in the Navy or the Air Force. Only dum-asses are Jarheads or Grunts."
"Uh, Okay. Thanks for calling Dad. Talk to you soon."........Click.
The Epilogue
As it turned out my number was 200 something. They only drew a few over 100 dates that year. I did not end up serving. But I still remember that night like it was yesterday. It was one of those important moments in a life when a father and son connect on a level neither had reached for before. We both hung up feeling pride in the other.
Posted by MRMacrum at 11:05 AM