A Big Hole in My Life 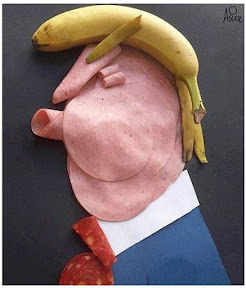 So there is a big hole in my life now.  A hole that I oddly seem to miss.  As much as I pissed and moaned, I had become used to and if truth be told, looked forward to it every day.  A day without Trump tweeting, waving his tiny hands and moving his ass like lips somehow now felt empty after 4 years of his daily dosage. The new normal that Trump introduced in 2016 had become customary, SSDD ordinary, not unique and different.  How sad is that?

I am actually very happy, some would say, ecstatic that our sad excuse for a President was trounced by a guy he called "Sleepy Joe".  I am thrilled especially that he is really showing who he is with his 2 weeks of tantrums and holding his breath til he turns blue.

But with only Trump Flu to hold my attention now, I am beginning to jones for my daily dollop of Trump, the man.  The two of them sort of canceled each other out by keeping my brain busy multitasking the fear and loathing I had for both.  By keeping me busy, the two kept me from dwelling on one alone.  And now, all I have to be worried about is Don's flu. And its not enough.

But then I am heartened by the knowledge that from now on, our new normal will be throwing all of us new curves that may end up fucking us royally, but it will be an interesting ride.

It is going to be a long ride, I am afraid. We've only just begun (good name for a song).

I have a feeling we haven't seen the last of that orange asshole.

Two more months before we can be truly rid of him. But, his flue will be with us for a long time. Just as the Affordable Health Act is known as Obama Care. This epidemic needs to be known as the Trump Virus.
the Ol'Buzzard

I've got my fingers crossed Biden doesn't cave on not pardoning Cheetolini. For the nation to heal, we need to see that orange shitgibbon wearing a jumpsuit that matches his skin tone. If he ends up in prison maybe the MAGAts will take down their flags and learn to be semi-polite again. I don't expect Trump going to prison would change any of their minds (or what passes for minds) but at least it might sober them up a bit. And for sure it could take his demon spawn off the national stage -- I don't ever want to see Don jr, Ivanka, or Eric again.

Blog Fodder - I seem to remember a Carpenter tune (I think) that started and may have been named "We've only just begun". Of course since any memory of the Carpenters is less than hazy at best and bordering on being a fig newton of my imagination, I am just not sure. Hmmm.... It was bothering the Hell out of me, so I checked. And yes I was right. Damn! I sure pulled that one out of my ass.

JACKIESUE - Sadly, I think you are right.

Ol'Buzzard - I am cautiously optimistic we will be done with him as someone in charge. But I need his sorry ass climbing into a helicopter on the south lawn before I will believe it is true. And yeah, Covid should be forever remembered as Trump Flu. And should another variety of Covid make its debut, then it should be named Trump Flu 2, etc. , etc.

Nan - I am ambivalent about the pardoning thing as long as the NY Feral District Court arrests him as soon as he touches down as a private citizen.

It will be good on January 20th *if* tRump leaves. But, I really hope that the Republicans hold onto the belief that he is their leader..... so that more and more they can be all voted out.